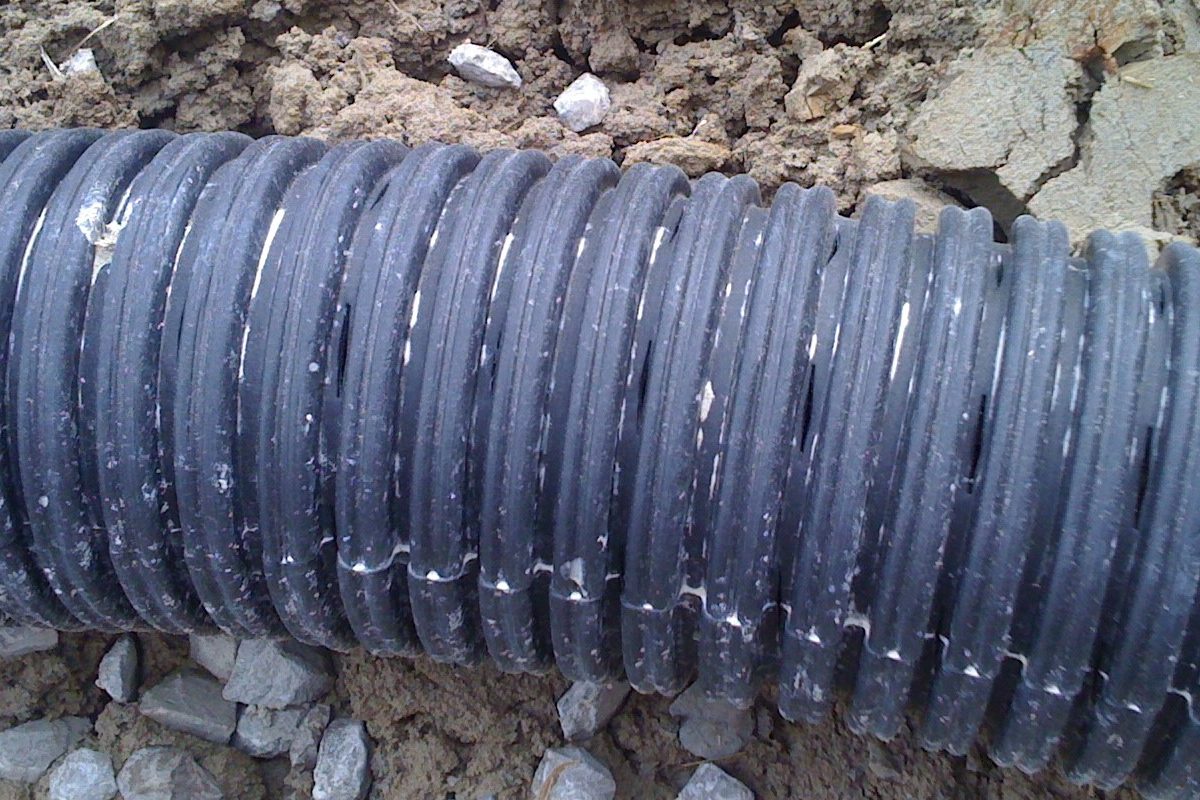 Learn about weeping tile installation before you waterproof your basement

Why weeping tile is installed around a home

Shortly after the beginning of the 20th century, weeping tile / drain tile / weeper / perimeter drain / footing drain installation became a standard building practice (code). The building code mandates that weeping tile be installed to drain away the ground water which accumulates at the base of the foundation (the footing). Home builders install weeping tile in a way that permits water to flow away from the foundation. This drainage function is accomplished by a leader line (pipe) that slopes downwards to the stormwater sewer on the street, or by draining the water into a sump pit installed inside the basement.

Prior to 1980 (approximately), perimeter drains (weeping tile systems) were installed using sections of clay pipe joined together end-to-end. Today, a 4″ diameter continuous perforated plastic pipe with an anti-silt fabric typically used. The picture below shows a typical installation around the base of the foundation of a new home (circa 2009). 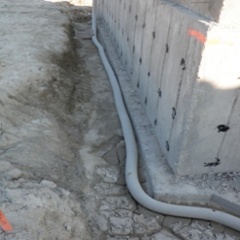 Below is a close-up view of the weeping tile tie-in to the leader line which is connected to the storm sewer. 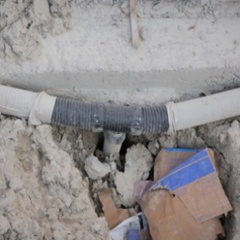 Once the weeping tile is installed it is typically covered by 2 cubic feet of 3/4″ crushed stone per linear foot as shown below. The window well drains in this image are connected to the weeping tile system installed beneath the gravel layer. 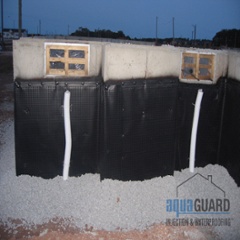 Once the gravel layer is poured, it should be wrapped with filter fabric in order to minimize the amount of sediment that is able to make its way to the weeping tile. This is not a common practice followed by new home builders; however, it is a standard practice for AquaGuard Injection & Waterproofing® because obstructions in the drainage system are to be avoided as they reduce the drainage efficiency of the installed system.

What we have in the images below are clogged weeping tile systems in need of repair / replacement. Note: “repair” is somewhat of a misnomer; in fact all that can be done to repair weeping tile is to replace it, or flush the weeping tile if it is clogged with sediment. Both weeper replacement and flushing require that you excavate at least some of your foundation. 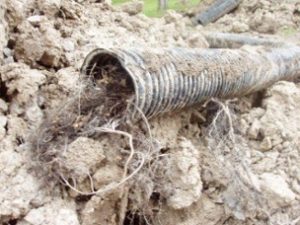 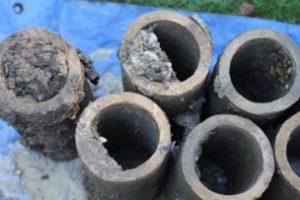 The silting or clogging of a weeping tile system is a fact of life and the likelihood that it will occur is increased by the number of years the system is in service. Heavy silting is generally greatest beneath downspouts since downward travelling water carries silt with it. You should seriously consider directing the water from your downspouts as far away from the foundation as possible.

Here is a close-up view of new weeping tile: 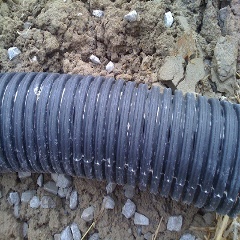 Since your weeping tile system is installed around the entire perimeter of your foundation, water flow is not only in one direction. If there is an obstruction in one area, that will effectively force water within the weeping tile or gravel layer to travel in the opposite direction to the drainage point (leader line or sump pump). Like electricity, water simply follows the path of least resistance.

On a final note, AquaGuard Injection & Waterproofing® has repaired 1000s of basement leaks in new homes with virtually brand new weeping tile systems; clearly, weeping tile replacement is not the be all and end all of basement waterproofing solutions. In fact, gaps in the wall, typically cracks or holes, are usually responsible for most wet basement problems.

Be sure to read our companion blog post that discusses the relationship between basement leak repair and weeping tile system replacement. 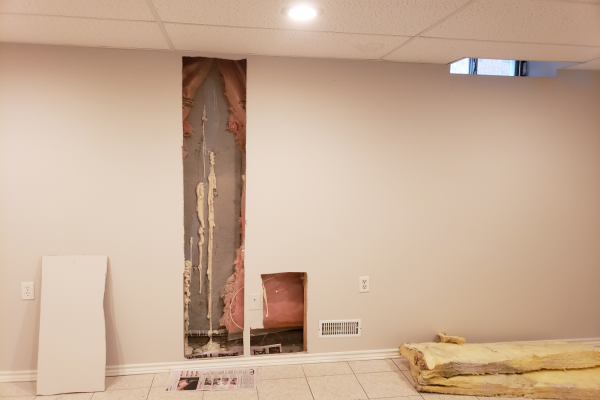 0 Comment
What is the cost to seal a foundation crack? 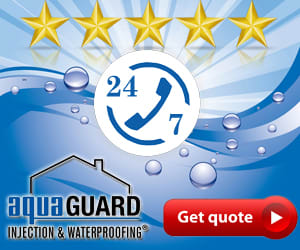